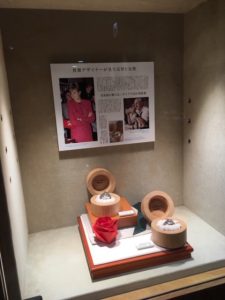 ?Once you have been disliked, you will end up being criticised for whatever you wear. If you should be put in such a situation, you would be dragged down by a single fatale mistake of selection of clothes.

“Hate a priest, and you will hate his very vestments.”

On the other hand, if people love you through your behavior and words, failure of choice of clothes would often be overlooked.

So  we had better be aware that “sense of fashion” should include our words and behavior,  as I always insist.

?A former student, Asako-san, is going to marry so she and would-be husband went to Crescent Vert in Ginza to find a wedding ring. 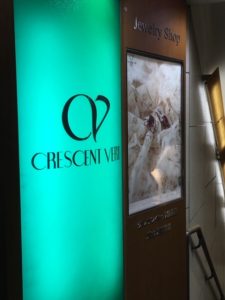 Crescent Vert is Managed by Kyocera. There she met an article I had contributed to the Nikkei Style.

So she sent me a photo.  This is an article when I interviewed Paul Costelloe, an Irish fashion designer of Princess Diana. 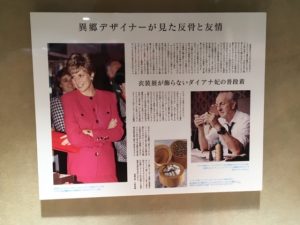 In the article I mentioned the claddah ring designed by Costello, which Kyocera was involved with. The world is so small.

Anyway , congratulations, Asako-san! (Accidentally, she is actually a priest, loved by people around her.)

The story of the claddah ring is contained in this book.